The Best Dog in the World 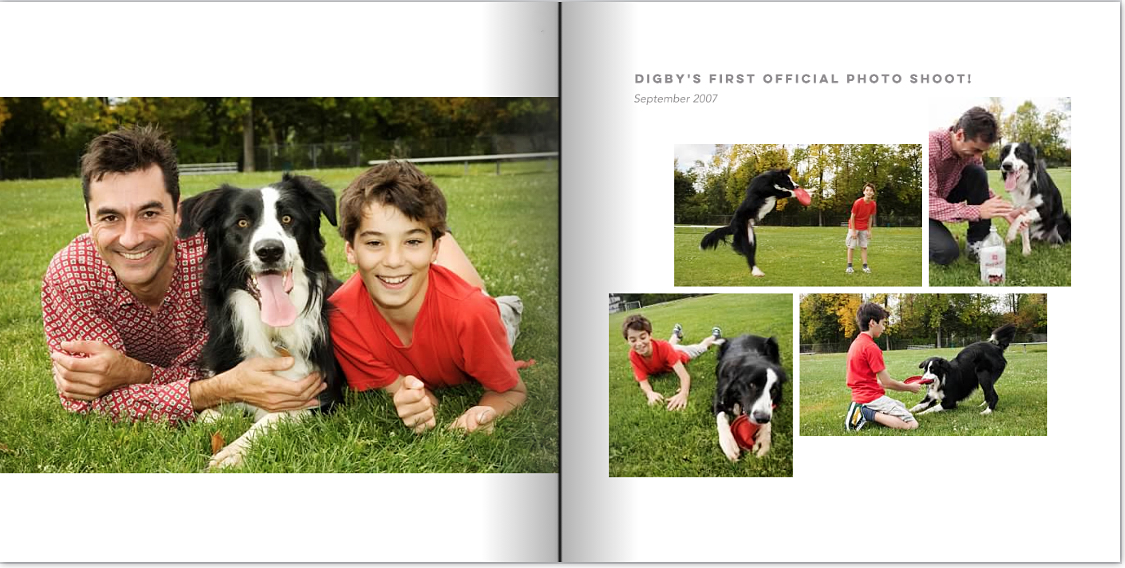 We had a lot of nicknames for our beloved dog including The Best Dog in the World. He was to us. As we pass this one year milestone since we had to let him go at the age of 15, we can start to reflect in a different way.

Whenever I look at the video clip at the end of this post, I am filled with pure joy.

To be honest, when I moved to Montreal in 2009 after marrying Kevin, I was as excited about becoming a dog mom as I was about having a new human family. I hadn’t shown much interest in other dogs to this point, but to know Digby was to love him. Everyone said so. He connected easily and was always calm despite being mostly Border Collie. We did a DNA test and found he had some German Shepherd and Whippit, so he was doubly smart, triple fast and really intuitive and sweet.

We took him everywhere. He went to Alberta, Nova Scotia, all over Quebec, and of course to family visits in Ontario (they are all dog lovers). He got me out walking every day, rain or shine,
-20 with wind chill or plus 30/feels like 40. Kevin ran many kilometres with him, he was a perfect running partner, as it is hard to wear out a border collie who loves to run!

He loved the water. Our favourite memories of him are summer vacations at the lake. He was an expert at dock diving and we have a precious video of a synchronized video of the dog and I diving together. I couldn’t believe it! You didn’t have to teach him things, he just got it. Kevin is a great dog trainer and he also encouraged a sense of humour and fun once the basic rules were established. Digby was always in on the joke. 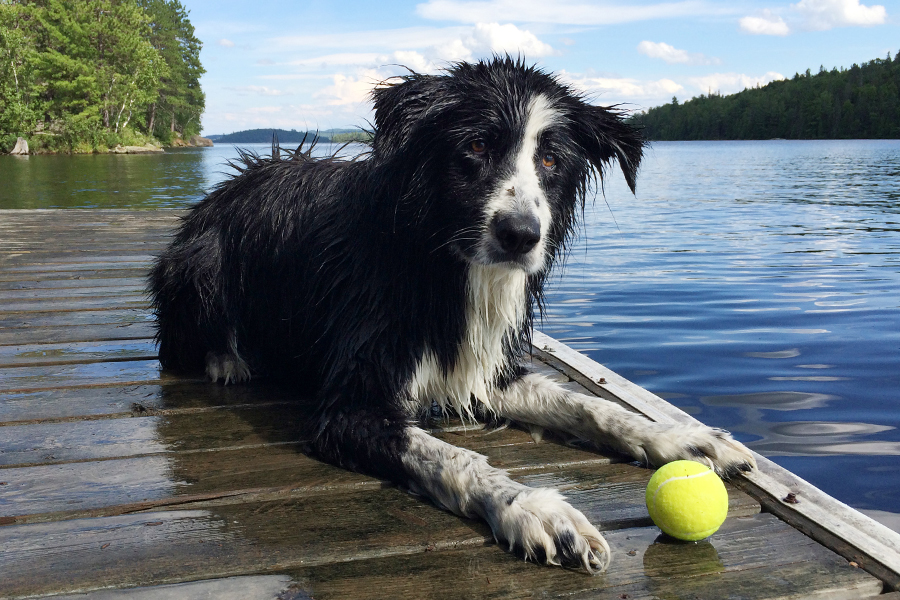 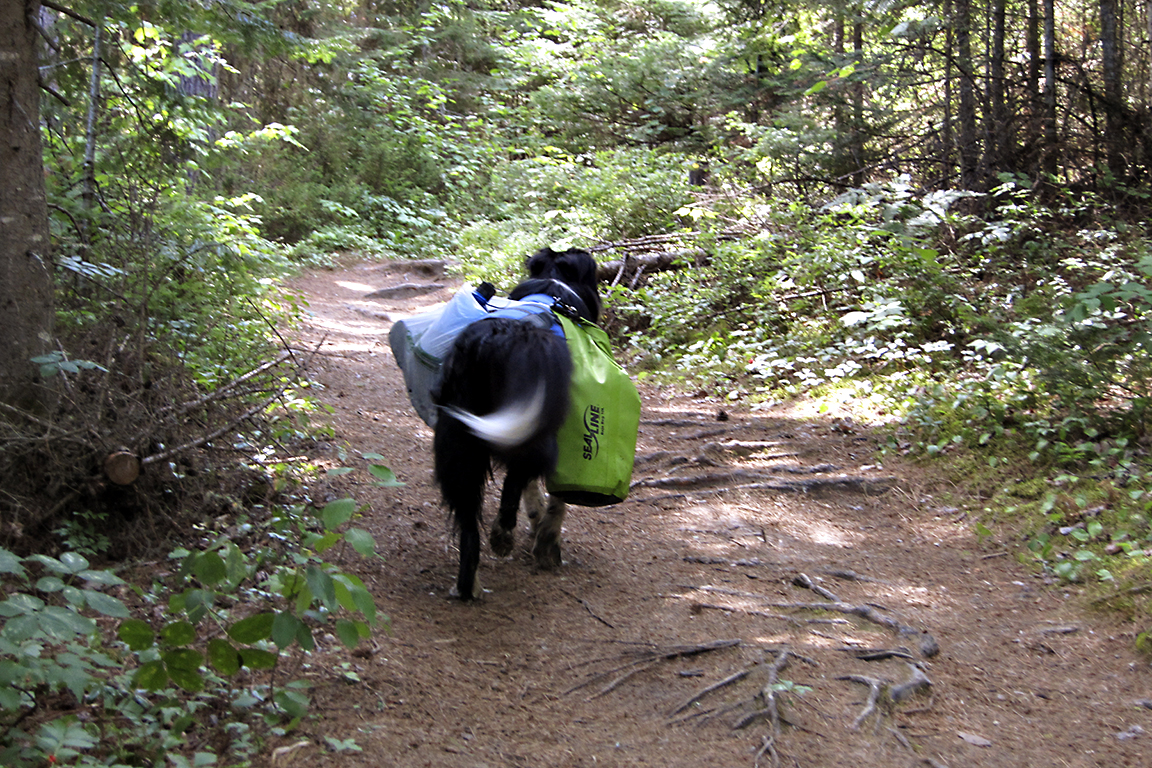 The boys took him canoe camping every summer. He was great in the canoe and just settled down and watched the world go by, never causing trouble. He got his own life jacket and saddle bags to help out. They have great tales of the dog’s antics, he made everything more fun.

You realize acutely how therapeutic their presence is when you have to face that their life span is short. I did prepare myself as best I could when he became ill.

One year ago, COVID-19 hit and with it panic when we heard that potentially the vets might have to close suddenly. Our dog was terminally ill and we were told there was nothing we could do. It was so very hard to accept that this vibrant, healthy, athletic dog was in decline. I won’t talk about grief here since anyone who has had a pet knows what this experience is like. Your pet is at your side, literally and is so finely tuned to your every move. 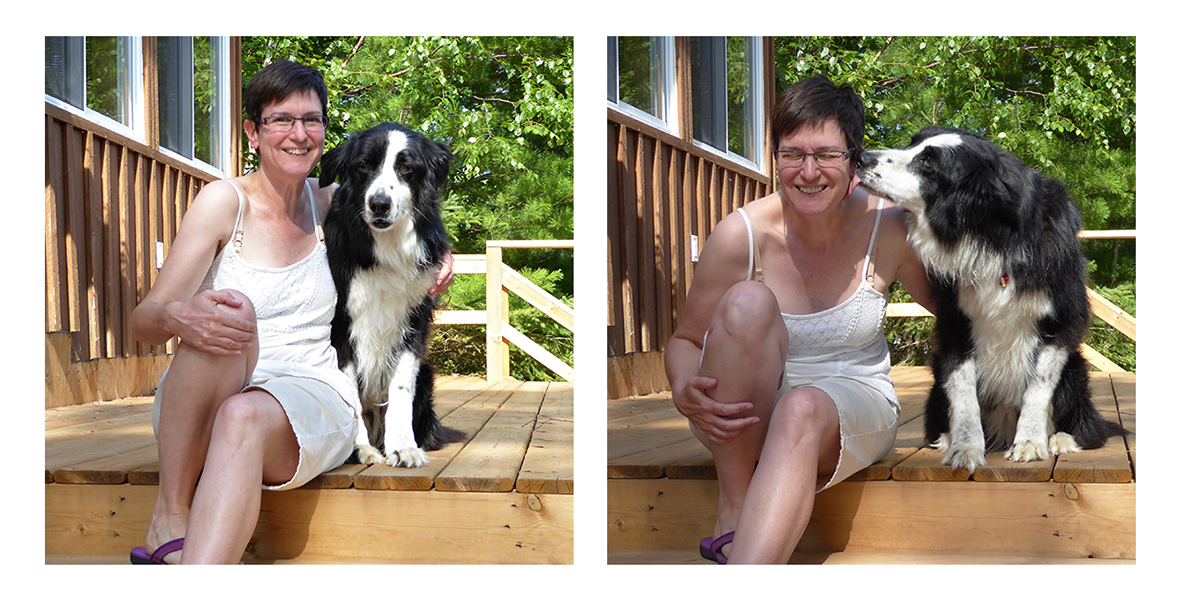 What I did in the weeks after he died, was look through the thousands of photos I had taken of him. I had used our very photogenic dog in so many of my images, for scale, to make an otherwise uninteresting scene more fun, or to complete the “I was there” family photo. I always tried to capture action shots and his goofy expressions. As he got older and mellowed he would be more tolerant of the camera coming between us so I could capture how he would communicate with me through his eyes.

The first step to make any photobook is finding all the photos and my filing system is pretty good. But I had photos filed under iphone (folders month by month) and by camera, by month, year and event. It took time to collect them all in preparation for a photobook selection. Since there were so many good ones, this was difficult. Some people might find this too difficult, and it really kept him alive in my mind and heart… it was as if he was still with us in a way. It may have prolonged my acceptance that he was gone. But it gave me a focus. Everyone who knows me knows I can focus very well when it comes to Photoshop or design work. It was difficult to do much else for that first week. My stepson’s birthday was approaching so I had a firm goal. I selected the photos that would be the most meaningful for him and made a 40 page photobook. Then I started over, and went crazy with one for us. It has 185 photos over 60 pages.

Whenever I miss him I can easily pick up the book and reminisce. Some days it makes me smile, and some days, like on this anniversary, I have to shed more than a few tears. We will be ready to rescue another dog soon, and make him The Next Best Dog in the World.

Just try not to laugh when you see this video clip!

How I Created my Perfectly Imperfect Family Photo Wall 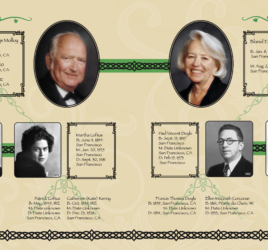 The Legacy of the Doyle & Molloy Families Photobook 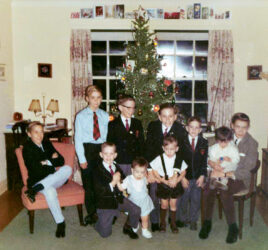 Confessions of a Retouching Perfectionist

The Legacy of the Doyle & Molloy Families Photobook Feb 10th, 2022

Confessions of a Retouching Perfectionist Dec 3rd, 2021
My new Legacy collages May 3rd, 2021